For people who have been out of working life for a long time, the traditional methods of rehabilitation are no longer enough. A project by L&T and the Kide Foundation succeeded where others had given up.

Temporary worker, weekend cleaner and property manager. L&T has more than a hundred service job vacancies at the time of writing this. There is not enough available labour in the job market. At the same time, there are hundreds of thousands of people outside the job market who need to be integrated into society through employment, and this is something that L&T can help with.

L&T’s Senior Vice President of Corporate Relations and Sustainability Jorma Mikkonen is concerned about the group that is being lost from the job market. This group includes, for example, young people who cannot find employment with special support measures.

The job market has changed permanently. To ensure the continued provision of the services of the welfare society, we need to bring the groups who have drifted out of the job market back to work. We need a renewal of approaches and processes to shift from traditional work ability management to managing the career life cycle.    “The way people are currently categorised as persons with work ability and persons with partial work ability is too black and white. Going forward, we should focus more on the individual’s functional capacity and how that can be developed in different career stages.”

According to Jorma Mikkonen, businesses must take responsibility for maintaining the functional capacity of their personnel. The issue of people going on disability pension is also an economic issue: disability cases have a direct impact on a company’s pension insurance premiums.

“The better you manage these issues, the lower your costs. The difference in personnel expenses between the worst and best payment category is nearly 10 per cent.”

L&T has noticed that marginalisation can happen quite easily.  Even six months of absence from work can derail one’s life.

“In my opinion, helping people with life management and coping skills represents a big opportunity to prevent marginalisation. As things stand, that ball is not really in anyone’s court. In the current situation, the traditional vocational rehabilitation methods used in occupational health care and by pension insurance companies are no longer enough. We need approaches,” Mikkonen says.

Back to work after a long time off

The new approaches Mikkonen calls for were piloted in the Meaningful Work project, which started in 2018. L&T carried out the project in partnership with the Kide Foundation, whose activities are focused on human rights. The goal of the recently concluded project was to help a group of former L&T employees return to working life.

Eight people in different parts of Finland participated in the project. Their circumstances included mental health disorders, alcoholism and timidity in social situations. The common thread between the members of the group was that none of them had worked for several years.

“The biggest problem was the loss of life management. Ten years on rehabilitation allowance makes you a hermit. These are people who had gone through every stage of the traditional vocational rehabilitation process offered by the insurance company. Society had basically given up and said we have nothing more to offer these people,” says Head Physician Pekka Tuomola from the Kide Foundation.

So what was different about this project compared to the traditional methods?  The big difference was that the participants were in an employment relationship with the Kide Foundation. The salary came partly in the form of a rehabilitation allowance paid by the pension insurance company and partly from L&T. Rehabilitation was the primary goal of the job.

“Perhaps the most important thing about earning a salary is the psychological side. It’s the first time in a long time that these people can say they have a real paying job,” Tuomola says.

Sorting out the basics first

The participating employees followed a weekly schedule created by Tuomola. Everything started with the basics. They needed to wake up by nine in the morning, or they received a phone call.  The members of the group were also given tablet devices for handing in assignments at regular intervals. Their eating habits were also focused on, and the members of the group were encouraged to get exercise with the help of a personal trainer.

The project participants met face to face once every few months. Between these meetings, they kept in touch by Skype several times a week. The employees also had their own WhatsApp group for keeping in touch.

Pekka Tuomola and the group members’ supervisor, Service Manager Natalia Tuomola from the Kide Foundation, made themselves available to the participants on weekends and at any time of day.

When your job is to rehabilitate, your tasks look somewhat different than those of an ordinary employee. The group members were given assignments to make them think about self-esteem as well as their own skills and strengths. Their answers were discussed in groups. As the project progressed, the focus of the assignments shifted more towards working life.

Being part of the project was like winning the lottery

Officially, the project was wrapped up at the beginning of 2020, but the group members can still contact Pekka and Natalia Tuomola if they need to.

The goal of getting all eight of the participants back into working life was not achieved. Tuomola and Mikkonen nevertheless consider the outcome of the project to be excellent, considering the challenging starting point. Two of the group members started an internship and two started a study programme. Some of the participants became interested in physical exercise and incorporated it into their daily routines.

Everyone also made new friends. According to the feedback received from the participants, being part of the project was like winning the lottery.

“We wanted to show society that there is always hope. When you do things right, you can create belief in the future and bring people back into society. We had the most difficult target group imaginable, and half of them found a new path through the project. We could achieve so much more if we were able to help people like this at a much earlier stage,” Mikkonen muses.

The Meaningful Work project may continue in some other form in the future. 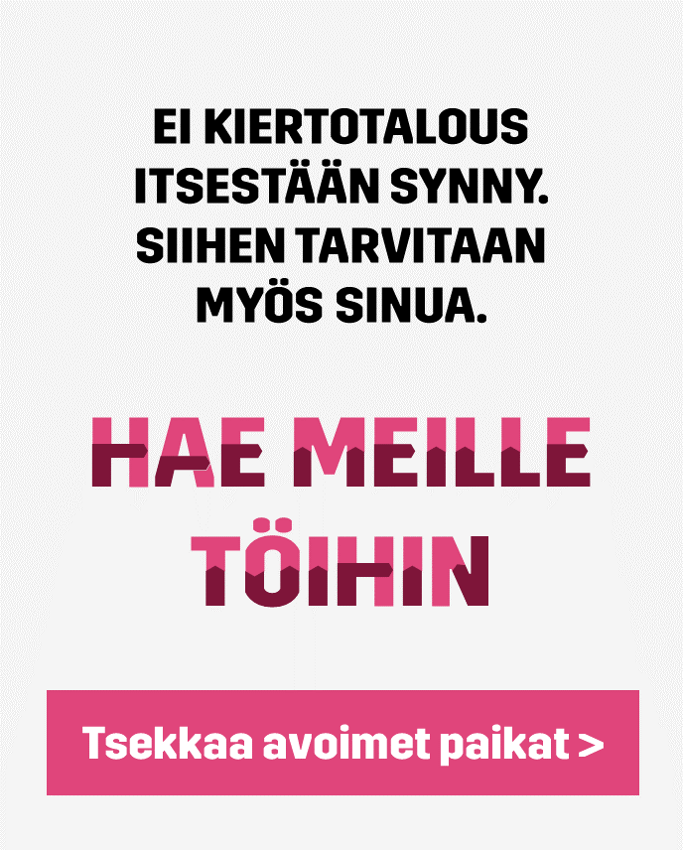